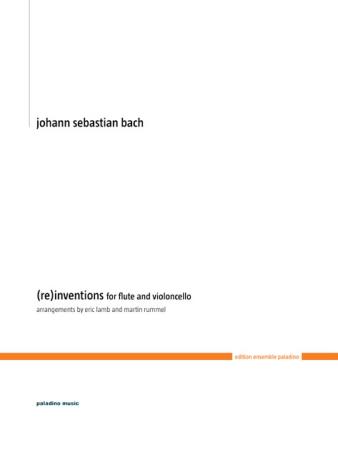 
Price: £19.95
Preface to this Edition:
Johann Sebastian Bach’s keyboard repertoire. It is ensemble paladino’s first collaborative adaptation project of musical examples from Bach’s keyboard works, in this case his two part counterpoint arranged for flute and cello. The entry point of this exploration is, naturally, Bach’s fifteen Two Part Inventions BWV 772 to 786.
The inventions themselves were considered by Bach to be musical exercises “... to achieve a cantabile style in playing and at the same time acquire a strong foretaste of composition.” They were written and completed during Bach’s time as music director in Köthen (1717 to 1723), one of his most prolific times in terms of musical output. During this period, Bach completed his famous unaccompanied Cello Suites, Violin Partitas and Sonatas and the Brandenburg Concertos, not to mention countless cantatas and choral works. In the midst of this highly productive time, Bach wrote fifteen inventions that prove to be much more than mere finger studies. They are also impressive exercises on counterpoint and structure. Bach took great care in the musical education of his children, and like any great pedagogue writing a book of exercises, he arranged the inventions in an order that introduced pupils to keys.
The Inventions, and also the three part Sinfonias (which were completed later while Bach was in Leipzig), start with C major and are arranged on an ascending scale until they reach b minor. This method of organisation was obviously not employed with the idea of the pieces becoming progressively difficult but rather to make them easier to locate within the collection. It is because of this functional system of organisation that we have decided to (re)organise the inventions from a less logical to a more emotional order of short musical works.
Going outward from the fifteen Two Part Inventions and deeper into Bach’s catalogue of keyboard works one finds many lovely examples of two voice counterpoint. Alongside the Inventions, we have recorded movements from various English and French Suites, a Partita and, naturally, from the Well-Tempered Clavier. Also included are excerpts from Bach’s 1725 “Notenbüchlein für Anna Magdalena Bach” given to his second wife. It is a compilation of not only works of Bach but also of composers of the time and famous folk tunes. These pieces all give a glimpse into the musical taste of the Bach household and of the music of
the 18th century. Short in form and simple in structure, we have chosen a few of the most famous two voice gems: five Menuets, one Aria and one Musette. 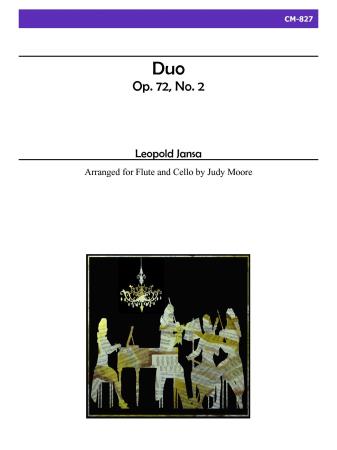