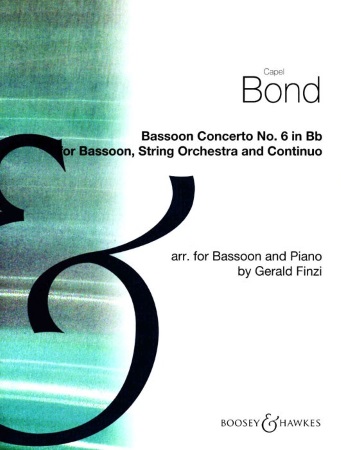 CONCERTO No.6 in Bb major

A four movement concerto which tends from baroque towards the 'galant' style by perhaps the best English provincial composer of the day.

Price: £12.99
Bond was born and educated in Gloucester where he was apprenticed to the Cathedral organist at the age of twelve. He moved to Coventry in 1749 and was appointed organist of the church of St. Michael and All Angels, which later became Coventry Cathedral, remaining in that post for forty years until his death in 1790. He strongly encouraged music in the Midlands, conducting the first Birmingham Music Festival in 1768 and directing the Coventry Musical Society in large scale works like Handel's 'Messiah' and 'Samson'.

Apart from the choral work '6 Anthems in Score' of 1769 which ran to 6 editions, Capel Bond's only published music was the 'Six Concertos in Seven Parts' which were produced in London in 1766. They consist of four concerti grossi and a concerto each for trumpet and bassoon which, while owing something in style to Bond's Midland contemporaries Richard Mudge and John Alcock, also suggest the influence of London-based composers of the time - Handel, Stanley and Geminiani. The bassoon concerto in Bb Major (No.6 of the set) is tending towards the 'galant' in style - appealing in its simplicity and elegance as distinct from the seriousness and grandeur of much baroque music. This suggests a later composition date, possibly in the 1760's but much of the first movement is very similar to a bassoon solo in William Boyce's oratorio 'Solomon' of 1742. Nevertheless, Capel Bond has been described as the best English provincial composer of his time.

The bassoon part and piano reduction of this 1956 Boosey & Hawkes edition were edited by the distinguished bassoonist and teacher William Waterhouse (1931-2007) and the British composer Gerald Finzi (1901-1956) arranged and edited the concerto as well as writing the introduction. 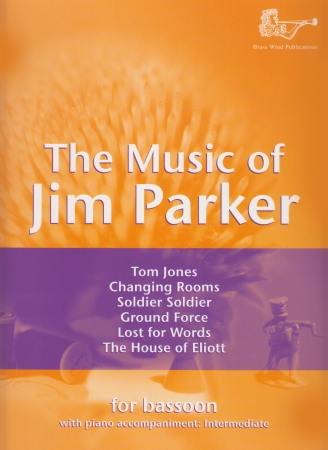 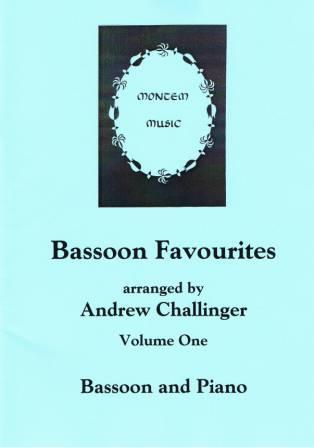 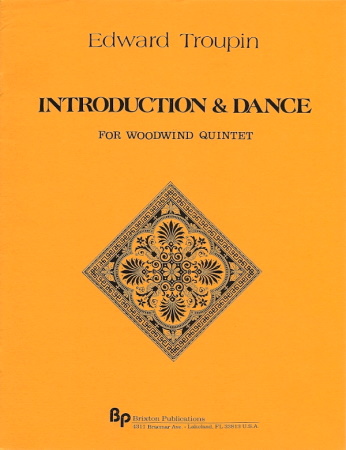