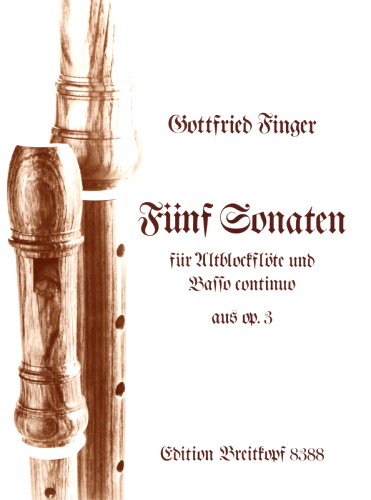 Printed Edition
Five sonatas by the composer of the first sonatas for solo instrument and continuo to be published in England. Despite a successful career in London, the colourful inventiveness of the music of his native Moravia never left him.

Price: £16.55
Gottfried Finger was born in Olomouc in the present day Czech Republic where the Prince Bishop, who strongly patronized the arts and music in particular, keeping in touch with the latest musical trends in Vienna, employed him in his ensemble. In the mid 1680s Finger moved to London and won a hotly contested post at James II's chapel in 1687. He published his Op.1 the following year when James II went into exile, but Finger remained in England and published several more collections intended for the growing number of amateur musicians, including the first set of sonatas for solo instrument and continuo to be published in England, in 1690. He had some success with opera but when he was beaten in a competition to set to music Congreve's masque 'The Judgement of Paris', Finger returned to employment on the Continent in cities such as Berlin, Heidelberg and Mannheim where he founded an orchestra which was later to win international fame, and it was there that he ended his days.

Finger's Op.3 Sonatas were first published in Amsterdam shortly before 1730. According to Ernst Kubitschek who has prepared this edition, their style is influenced by the music of Heinrich Schmelzer which he would have heard and played in his native city. Finger's composition is described as concise, 'pithy', never affected and has occasional glimpses of humour. "This enormously charming music demonstrates the instrumental possibilities of the recorder (or flute) without making excessive demands on the performer." (Ernst Kubitschek)

WALTZ FROM SERENADE FOR STRINGS (score)
£4.95 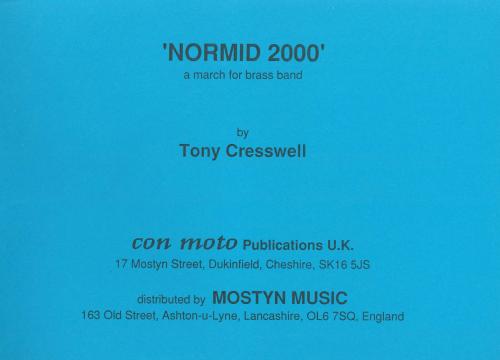