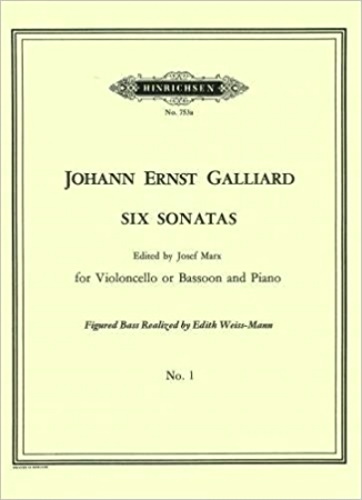 SONATA No.1 in A minor

Printed Edition
A sonata in 5 contrasting movements by a London contemporary of Handel's.

Price: £6.95
Already a student of the oboe, Galliard was about fifteen when he started to study composition with Farinelli, director of music at the Hanoverian court, and Abbate Steffani, and their Italianate influence was to dominate his music from then on. In about 1706 Galliard went to London as chamber musician to Prince George of Denmark, husband of Queen Anne, and later became organist at Somerset House. Although the music he wrote for one act masques called "pantomimes" was well received, he had little success with opera, possibly because he set English libretti when Italian was expected by fashionable London of the day, and Galliard joined Handel's Italian Opera as solo oboist in 1713 and later established himself as an author.

As an oboe player, it is perhaps natural that many of Galliard's compositions should be for wind and include these "Six Sonatas for the Bassoon or Violoncello with a Thorough Bass for the Harpsichord" which were composed "at the request of one Kennedy, a fine player on the bassoon, and by him often performed in public." They were first published by John Walsh at his shop off the Strand in London, in 1733. This sonata in A minor, the first of the set is unusual in having five movements. The first (Cantabile) is effectively a fifteen bar introduction to the dance-like second movement in 6/8 (Spiritoso e Staccato A Tempo Moderato) which is made up of two repeated sections. The third movement (Largo e Staccato, 3/8) has the same form as the second (AABB) and its slower tempo gives way to the Hornpipe a l'Inglese (Allegro e Staccato) in 3/2 and the finale in 6/4 (Vivace). The figuring of the bass in the original has been omitted from this edition but has been fully realized in the keyboard part by Edith Weiss-Mann. 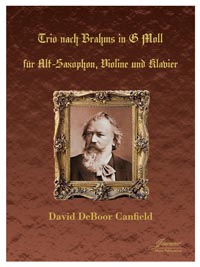