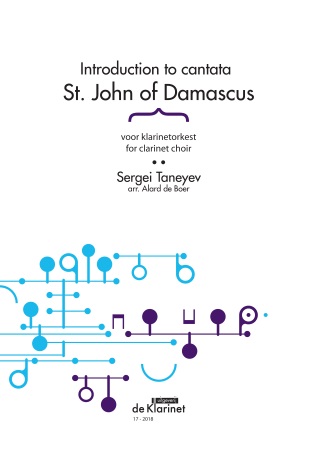 Printed Edition
Taneyev’s talent for counterpoint is obvious in the three-part cantata St John of Damascus (1884, Opus 1) which is also known by the name Russian Requiem. The introduction to this cantata is arranged for clarinet choir by Alard de Boer.

Price: £17.50
Sergei Taneyev (1856-1915) was a famous Russian composer who lived at the turn of the 19th and 20th centuries. At the Moscow conservatory he studied piano and harmony with Nicolay Rubenstein and composition with Pyotr Ilyich Tchaikovsky. Taneyev was exceptionally proficient in counterpoint and studied the early Renaissance composers such as Josquin des Prez, Ockeghem and Orlando di Lasso. Not only was he a pupil of Tchaikovsky but was also a close friend; he belonged to the inner circle of friends who were allowed to criticize Tchaikovsky’s compositions.
At the conservatory he succeeded Tchaikovsky as teacher of harmony and, later, of composition (1878-1905). His most famous pupils include Alexander Scriabin, Sergei Rachmaninoff, Reinhold Gliere and Nikolai Medtner. After the death of the above mentioned Rubenstein he took over piano teaching (1881) and from 1885 to 1889 was director of the conservatory, at the tender age of 29 years.
Taneyev’s talent for counterpoint is obvious in the three-part cantata St. John of Damascus (1884, Opus 1) which is also known under the name Russian Requiem. It is a work for choir and orchestra and was dedicated to Nicolay Rubenstein. St. John was a universal seventh century scholar from Damascus whose hymns are still regularly sung in the Eastern Christian churches. He also promoted icons which play a large role in the Russian Orthodox faith.
The introduction to this cantata was arranged for clarinet choir by Alard de Boer. It was first performed by the Groningen’s clarinet-orchestra ‘Clarinets Unlimited’ under the direction of Karin Vrieling on 4th February 2012 at the conclusion of a Clarinet Day at the Groningen’s music-school. The arrangement was later included in a program of Russian music performed by the same group in the Kloosterkerk in Ten Boer and in the Jozefkerk in Groningen. 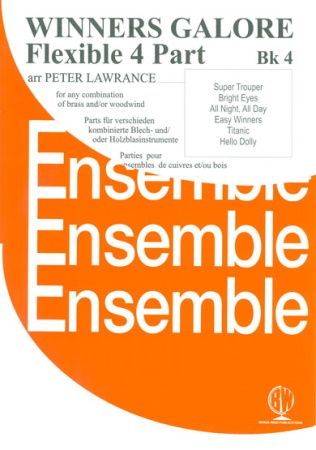 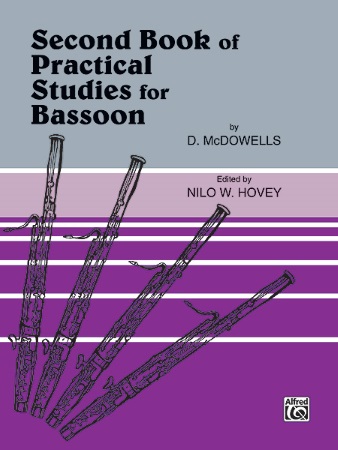 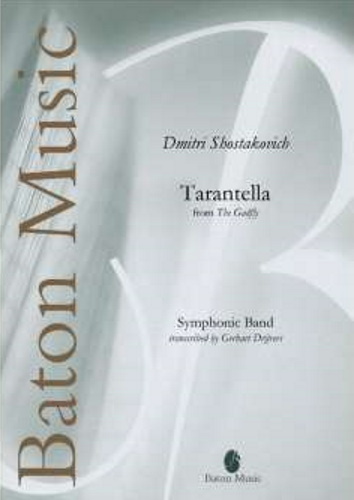 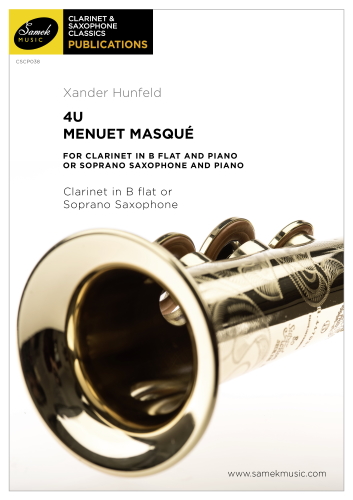